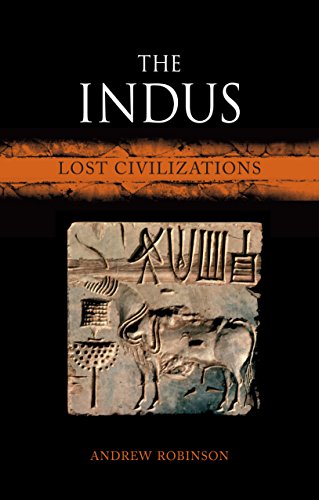 This book is the perfect introduction to the Indus civilization: it deals with all the basic aspects of the culture and the society but also allows the reader to continue researching on their own after reading it.

Written by Andrew Robinson and published by Reaktion Books in 2015, The Indus is an introduction to the Indus Valley Civilization. Who were the Indus? Where and when did they live? Maybe these two questions are the first to come to the reader’s mind when starting this book. As Robinson writes in the introduction, "The Indus civilization was, in its own way, as extraordinary as the civilizations of Egypt and Mesopotamia. But it declined around the nineteenth century BC and left no direct legacy in the Indian subcontinent." Therefore, none of the great ancient cultures that have been deeply researched and studied by contemporary scholars cohabited with the Indus, and so, their costumes, societies, and cities had no big influence on other cultures. However, this does not mean that they left no mark at all, at least on their continent; for example, their weight measurements system is still used in some places of Pakistan and India, and even their jewelry was exported to Mesopotamia, where hoards of Indus-style artifacts have been found. Nonetheless, it was not until the 1820’s CE that modern archaeologists discovered the remains of some Indus cities, Harappa for example. The relatively modern discovery and the little influence on other cultures may explain why the Indus are not so well known to modern people as other ancient cultures.

The Indus explores the world of this forgotten civilization that still has many secrets to reveal, it deals with every important aspect of this people, including the architecture and sculpture, society and religion, and even their agricultural system, and the trade it maintained between the different cities in its vast land and, of course, with other places such as Mesopotamia. The purpose of this book is to give a general insight into the Indus culture, rather than develop a deep analysis of the topic. This does not mean that Andrew Robinson writes a simple introduction on the general aspects, on the contrary, his work focuses on the main features of the culture, but he also explains the whole social structure, the development of the Indus, and some facts that eventually led to the decline and disappearance of this culture. The archaeological process and the techniques and efforts of the archaeologists also gained great relevance in the work of the author. It should be taken into account that, as in any archaeological research and especially in one where there is so little influence in other cultures, excavation work has a special significance since other artifacts of the Indus civilization can barely be found anywhere else.

Regarding the writing style of the author, we have to mention his ability to explain complex processes in a direct way, so the reader understands perfectly, for instance, the deciphering of the Indus seals even without any previous knowledge of linguistic studies. Finally, a book like The Indus would not be complete without an extended bibliographical section, with references included, and an index to help the reader looking for a specific term. In conclusion, this may not be a book for experts on Indus culture, but it is, no doubt, a perfect overview of the culture and a good starting point for further research on this fascinating civilization.

$25.00
plus shipping
$26.91
free shipping worldwide
By purchasing books through this website, you support our non-profit organization. Ancient History Encyclopedia receives a small commission for each book sold through our affiliate partners.

The religious practices of the early Indo-Aryans, known as the...

The most striking feature of the Harappan cities is their town...

$25.00
plus shipping
$26.91
free shipping worldwide
By purchasing books through this website, you support our non-profit organization. Ancient History Encyclopedia receives a small commission for each book sold through our affiliate partners.
Remove Ads