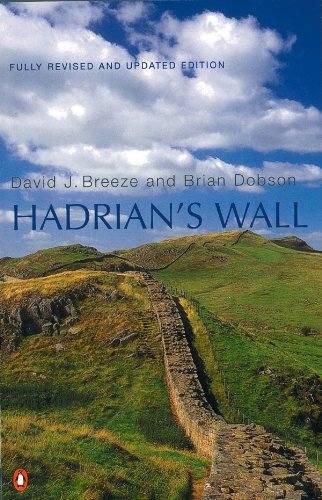 This book is widely considered by scholars of Hadrian's Wall and the Roman frontiers in Britain to be the standard text on Hadrian's Wall, tracing its history and building on more than a century of archaeological investigation. The authors begin with an investigation of "the concept of a frontier" from the late republic to Hadrian's decision to construct a permament artificial barrier in Britain in the AD 120s. The largest and most substantial chapter considers the Wall's structural anatomy, building programme, and purpose; a key argument is that the presence of gateways in the milecastles and forts suggests a non-defensive function that was designed to control movement to either side of the Wall. The book also provides summary information on the later Antonine Wall in Scotland, the evidence for activity between the Walls, a detailed discussion of the Roman army and its life on the Wall, as well as some discussion of the Wall's later (3rd-4th) centuries. There are five useful appendices, and a selected bibliography to point readers toward more detailed information. While some aspects of the book's interpretations are still debated by archaeologists, this remains among the best introductions to the Wall and its history.

$27.99
plus shipping
$24.21
free shipping worldwide
By purchasing books through this website, you support our non-profit organization. Ancient History Encyclopedia receives a small commission for each book sold through our affiliate partners.

The many Roman walls still visible today throughout Europe and...
Article

The Roman Theatre of Orange

In the first part of our new travel series devoted to the archaeological...

$27.99
plus shipping
$24.21
free shipping worldwide
By purchasing books through this website, you support our non-profit organization. Ancient History Encyclopedia receives a small commission for each book sold through our affiliate partners.
Remove Ads