by Jessica Settergren
published on 16 May 2017
Send to Google Classroom:
Rating: 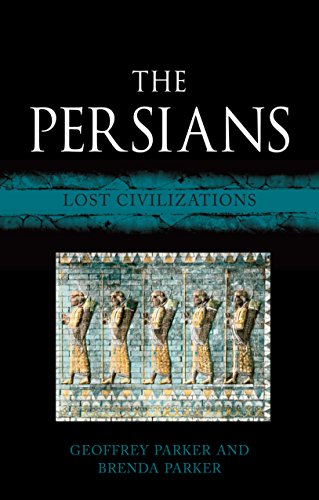 The Persians is an excellent introduction to the history of Iran. I highly recommend this book as an overview or a general review of important milestones. It is written as a coffee table book: glossy pictures, high school level writing, excellent infographics. The only reason I gave 4 of 5 stars was because I wanted more detail.

Iran tends to appear in Western media today only for negative press: conflicts in the Middle East always include speculation of Iran's involvement for or against the aggressor du jour. It is easy to forget that the people living in the lands between the Euphrates and Afghanistan lived there 1,000 years ago when the Crusades tore apart Jerusalem, or 2,000 years ago when Rome ran the Western world. The core peoples who officially became Iranians around 1930 CE moved onto that landscape nearly 400 years before Alexander the Great's conquering army swept through central Asia toward India. And yet, much of the rich history of the Persian people has been forgotten, perhaps simply because so much of Western history is focused on Greek and Roman sources that dismiss Persia as 'exotic'.

The Persians is an introductory, high-level attempt to condense 2,500 years of history into easily edible portions. Instead of deeply investigating the winding and complicated background of the area now known as Iran, the authors, Geoffrey and Brenda Parker, give us the high points of each era. In many ways, their approach is exactly what makes this book successful: it is just detailed enough to capture the imagination without the chewiness of an advanced academic text.

The Parkers do an excellent job of building a fully developed universe for readers. Early chapters cover unique geographical features of Central Asia which contributed to Persian civilization, the origins of the languages spoken by the original tribes, and the pre-Empire politics of surrounding nations (i.e. Babylon and Greece). They focus on the establishment, height, and eventual downfall of the Achaemenid dynasty with casual touchpoints any history student would recognize: Cyrus the Great conquering Babylon and releasing the Israelites, the failed invasions of Greece, the fall of Persia to Alexander the Great. Chapters are devoted to the inventive and tolerant laws instituted in Persia, the religious beliefs and state religious tolerance of those who are not followers of Zoroastrianism and the social inventions critical to successful thriving in the harsh landscape. The first two-thirds of the book paint a beautiful picture of what Ancient Persia was like and, more importantly, why it was a great empire. Many of the laws created during the height of the Persian Empire were models of religious, social, and educational tolerance that led the ancient world in progressive thinking.

Subsequent chapters cover the establishment of those subsequent empires which may have had external influences but still became Persian: from the Seleucids to the Sassanids to the Ottomans and the various invading cultures which are assimilated into the tapestry of what it means to be Persian. It is in these later chapters the Parkers discuss the spread of Islam into Persia and the political and social changes that result.

The closing chapters focus on Persia’s not-quite-equal partnership with the British Empire, through today’s climate in modern Iran. It is wonderfully conveyed that throughout all the ebbs and flows of time, the pride of Persia and unique facets of Persian identity still permeate the region even now, 2,500 years after the originating tribes moved into the area.

The Persians is a gorgeous coffee table book. The heavy, photo-quality glossy paper is liberally populated with full-color pictures, maps, timelines, and artwork that all exemplify the rich history of the empire. It is well written – conversational in tone, full of interesting facts without getting bogged down in minute details that would really need a larger work to fully explore. Conveniently, there is a bibliography and lengthy notes included for anyone whose interest is piqued to find additional resources. I would recommend it for anyone interested in learning more about the history, both recent and ancient, of the region known as Persia until about 70 years ago.

$25.00
plus shipping
$25.81
free shipping worldwide
By purchasing books through this website, you support our non-profit organization. World History Encyclopedia receives a small commission for each book sold through our affiliate partners.

Herodotus: On The Customs of the Persians

$25.00
plus shipping
$25.81
free shipping worldwide
By purchasing books through this website, you support our non-profit organization. World History Encyclopedia receives a small commission for each book sold through our affiliate partners.
Remove Ads