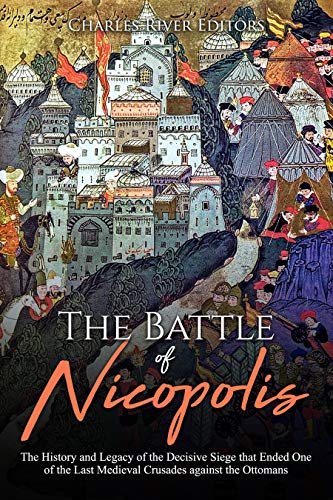 In terms of geopolitics, perhaps the most seminal event of the Middle Ages was the successful Ottoman siege of Constantinople in 1453. The city had been an imperial capital as far back as the 4th century, when Constantine the Great shifted the power center of the Roman Empire there, effectively establishing two almost equally powerful halves of antiquity’s greatest empire. Constantinople would continue to serve as the capital of the Byzantine Empire even after the Western half of the Roman Empire collapsed in the late 5th century. Naturally, the Ottoman Empire would also use Constantinople as the capital of its empire after their conquest effectively ended the Byzantine Empire, and thanks to its strategic location, it has been a trading center for years and remains one today under the Turkish name of Istanbul.

Naturally, the Byzantines and Europeans didn’t take the Ottoman incursions laying down, and in the generations before the Ottoman victory at Constantinople, European alliances frequently tried to check Ottoman advances, couching their campaigns in the terms of crusading. One of them came near the end of the 14th century, and it presaged what was to come in the 15th century.

The Ottoman campaigns of the 14th century would provide the context for the events that led to the Battle of Nicopolis. One of the last major crusades was launched in 1396 by Pope Boniface IX, and the timing was perfect for the European kingdoms to unite and form a strong threat to the Ottomans. The 100-year war between France and England was in a state of truce, and King Richard II had just married Princess Isabella of France. Thus, both the English and the Franks would be able to send forces to join in a crusade, and so would Hungary, Bulgaria, Venice, Genoa, Croatia, Wallachia, the Holy Roman Empire, and the Knights Hospitaller. It is estimated that both the Crusader forces and the Ottoman armies consisted of somewhere between 15,000–20 000 men each, but the sources all tell different stories. Some tell of armies the size of hundreds of thousands of men, and some say that the enemy force was at least twice the size of their own army. In fact, the actual participation of English soldiers has not been proven, and records of such an army being sent abroad at the time don’t exist. Genoa and Venice were probably also more engaged in other areas under their rule, although they surely sent a smaller convoy to support the crusaders. On the Ottoman side, numbers vary just as much, but the coalition of Serbs and Turkmen could probably be numbered to less than 20,000.

Nicopolis was a natural sight for such a battle. In 1393, the Tsar of Bulgaria, Ivan Shishman, defended it in a last stand against the invading Ottoman Empire, but the well-known battle named after the town occurred in 1396, when an army of knights from all over Europe faced an Ottoman army. This battle is famous for representing the last time that Christian Europe (or at least most of it) united under a single banner to fight a common foe, and the military venture is often called the Last Crusade. The name may not be entirely accurate, for nations continued to fight the Islamic Ottomans under the crusaders’ banner for another 300 years, but this campaign represented the final time in which the nobility, if not the commoners, of Europe acted as one, and as such it marked the waning of the Middle Ages, the period when the Catholic Church held absolute sway over Europe and shaped its society and culture.

The Battle of Nicopolis: The History and Legacy of the Decisive Siege that Ended One of the Last Medieval Crusades against the Ottomans chronicles the events and conflicts that led to one of medieval Europe’s most notorious battles. Along with pictures of important people, places, and events, you will learn about the Battle of Nicopolis like never before.