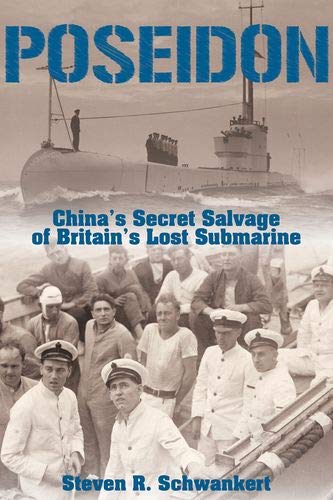 Royal Navy submarine HMS Poseidon sank in collision with a freighter during routine exercises in 1931 off the Chinese coast. Thirty of its fifty-six-man crew scrambled out of the hatches as it went down. Of the twenty-six who remained inside, eight attempted to surface using an early form of diving equipment five of them made it safely to the surface in the first escape of this kind in submarine history and became heroes. The incident was then forgotten, eclipsed by the greater drama that followed in World War II, until news emerged that, for obscure reasons, the Chinese government had salvaged the wrecked submarine in 1972. This lively account of the Poseidon incident tells the story of the accident and its aftermath, and of the author’s own quest to discover the shipwreck and its hidden history.