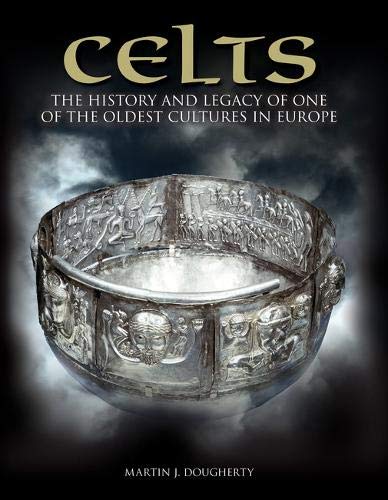 “They cut off the heads of enemies slain in battle and attach them to the necks of their horses... They embalm the heads... [and]... display them with pride to strangers.” – Diodorus Siculus

Before the Vikings, before the Anglo-Saxons, before the Roman Empire, the Celts dominated central and western Europe. Today we might think of the Celts only inhabiting parts of the far west of Europe – Ireland, Great Britain, France and Spain – but these were the extremities in which their culture lasted longest. In fact, they had originated in Central Europe and settled as far afield as present day Turkey, Poland and Italy. From their emergence as an Iron Age people around 800 BC to the early centuries AD, Celts reveals the truth behind the stories of naked warriors, ritual beheadings, druids, magic and accusations of human sacrifice. The book examines the different tribes, the Hallstatt and La Tène periods, as well as Celtic survival in western Europe, the Gallic Wars, military life, spiritual life, slavery, sexuality and Celtic art. Celts is an expertly written account of a people who have long captured the popular imagination.