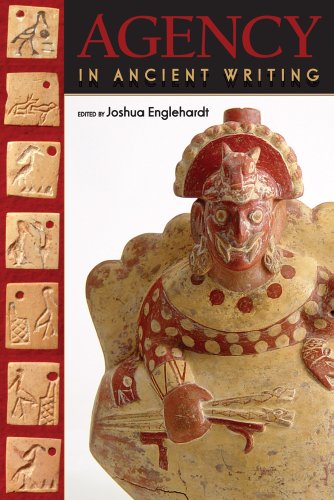 Individual agents are frequently evident in early writing and notational systems, yet these systems have rarely been subjected to the concept of agency as it is traceable in archeology. Agency in Ancient Writing addresses this oversight, allowing archeologists to identify and discuss real, observable actors and actions in the archaeological record.

Embracing myriad ways in which agency can be interpreted, ancient writing systems from Mesoamerica, Mesopotamia, Egypt, Crete, China, and Greece are examined from a textual perspective as both archaeological objects and nascent historical documents. This allows for distinction among intentions, consequences, meanings, and motivations, increasing understanding and aiding interpretation of the subjectivity of social actors. Chapters focusing on acts of writing and public recitation overlap with those addressing the materiality of texts, interweaving archaeology, epigraphy, and the study of visual symbol systems.

Agency in Ancient Writing leads to a more thorough and meaningful discussion of agency as an archaeological concept and will be of interest to anyone interested in ancient texts, including archaeologists, historians, linguists, epigraphers, and art historians, as well as scholars studying agency and structuration theory.