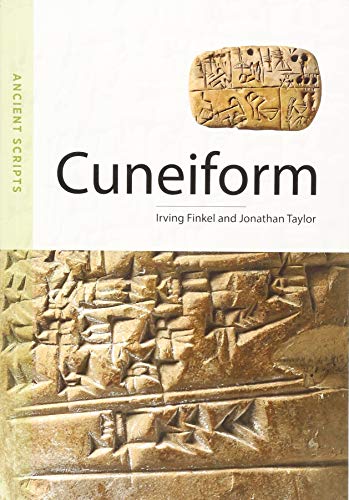 Cuneiform script on clay tablets is, as far as we know, the oldest form of writing in the world. The resilience of clay has permitted these records to survive for thousands of years, providing a fascinating glimpse into the political, economic, and religious institutions of the ancient Near Eastern societies that used this writing system.

A concise and accessible introduction to the topic, this book traces the history of cuneiform from its beginnings in the fourth millennium BC to its eventual demise in the face of the ever expanding use of alphabetic Aramaic in the first millennium BC. The authors explain how this pre-alphabetic system worked and how it was possible to use it to record so many different languages. Drawing on examples from the British Museum, which has the largest and most venerable cuneiform collection in the world, this lively volume includes elementary school exercises, revealing private letters, and beautiful calligraphic literature for royal libraries.