The Archaeology of Death and Burial (Texas... (Book published 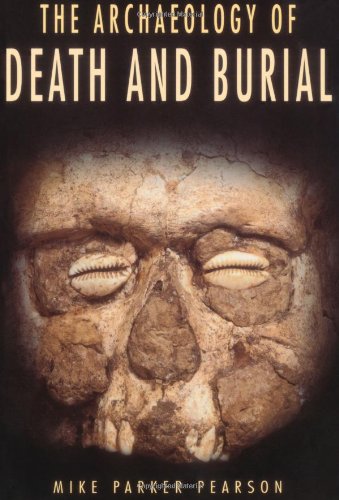 The archaeology of death and burial is central to our attempts to understand vanished societies. Through the remains of funerary rituals we learn not only about prehistoric people's attitudes toward death and the afterlife but also about their culture, social system, and world view. This ambitious book reviews the latest research in this huge and important field and describes the sometimes controversial interpretations that have led to our understanding of life and death in the distant past.

Mike Parker Pearson draws on case studies from different periods and locations throughout the world—the Paleolithic in Europe and the Near East, the Mesolithic in northern Europe, and the Iron Age in Asia and Europe. He also uses evidence from precontact North America, ancient Egypt, and Madagascar, as well as from the Neolithic and Bronze Age in Britain and Europe, to reconstruct vivid pictures of both ancient and not so ancient funerary rituals. He describes the political and ethical controversies surrounding human remains and the problems of reburial, looting, and war crimes.

The Archaeology of Death and Burial provides a unique overview and synthesis of one of the most revealing fields of research into the past, which creates a context for several of archaeology's most breathtaking discoveries—from Tutankhamen to the Ice Man. This volume will find an avid audience among archaeologists, anthropologists, historians, and others who have a professional interest in, or general curiosity about, death and burial.