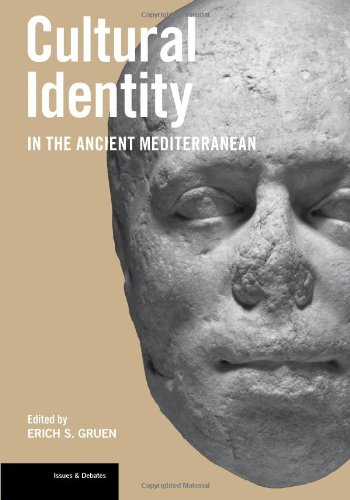 Cultural identity is a slippery and elusive concept. When applied to the collective self-consciousness among peoples or nations, it becomes all the more difficult to define or grasp. In recent decades scholars have focused on the “other”—the alien, the unfamiliar, the different, perceived or conceived as the opposite—to highlight the virtues and advantages of the self. While this influential idea continues to hold sway, the time has come for a more nuanced and complex understanding of how the various societies of the ancient Mediterranean shaped their sense of identity.

The twenty-four essays in this volume examine the subject from a variety of angles. They encompass a broad range of cultures—Greek, Persian, Jewish, Phoenician, Egyptian, Roman, Gallic, and German—and an impressive array of topics. The essays attest to a diversity of attitudes toward other peoples that underscore distinctiveness or discover connectiveness or sometimes both. They show, above all, that the twists and turns that accompanied the development of a collective consciousness found no smooth path.