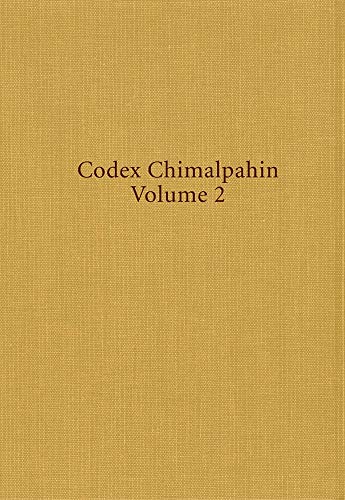 The Codex Chimalpahin, which consists of more than one thousand pages of Nahuatl and Spanish texts, is a life history of the only Nahua about whom we have much knowledge. It also affords a firsthand indigenous perspective on the Nahua past, present, and future in a changing colonial milieu. Moreover, Chimalpahin’s sources, a rich variety of ancient and contemporary records, give voice to a culture long thought to be silent and vanquished.

Volume Two of the Codex Chimalpahin represents heretofore-unknown manuscripts by Chimalpahin. Predominantly annals and dynastic records, it furnishes detailed histories of the formation and development of Nahua societies and polities in central Mexico over an extensive period. Included are the Exercicio quotidiano of Sahagun, for which Chimalpahin was the copyist, some unsigned Nahuatl materials, and a letter by Juan de San Antonio of Texcoco as well as a store of information about Nahua women, religion, ritual, concepts of conquest, and relations with Europeans.