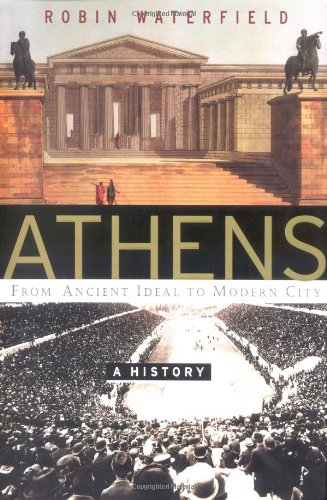 Perhaps no other city looms larger in our cultural and historical imagination than Athens. For two and a half millennia, people have looked to the city's past as a beacon of genuine democracy, artistic expression, and the classical ideal. In this engaging narrative, noted classicist Robin Waterfield traces the life and history of Athens, a city whose idealized past continues to inspire the present.This is the only book to cover the entire history of Athens, from its brief period of classical greatness through its decline under a series of occupying empires-Macedonian, Roman, Byzantine, and Turkish-to its resurrection in the modern era. Waterfield brings the city vividly to life through the colorful and varied individuals who shaped her history, from Solon, the founder of her democracy, to Pericles, Socrates, Euripides, and the other geniuses of the fifth century, and right up to more recent figures, such as Lord Byron and Baron de Coubertin, founder of the modern Olympics.As Waterfield shows, the memory of Athens' glorious past-even if that memory is a myth-has inspired generations, and offers vital lessons for the current era.