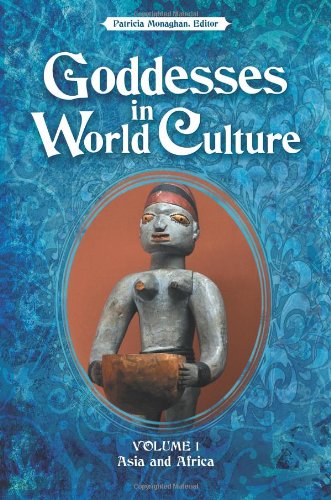 This collection of accessible essays relates the stories of individual goddesses from around the world, exploring their roles in the cultures from which they came, their histories and status today, and the controversies surrounding them.

Goddesses in World Culture brings readers the fascinating stories of close to 100 of the world's goddesses, ranging from the immediately recognizable to the obscure. These figures, many of whom derive from ancient cultures and civilizations, serve as points of departure for examining questions that go well beyond the role of women in religion and spirituality to include social organization, environmental awareness, historical developments, and psychological archetypes.

Each volume of this groundbreaking set is composed of 20–25 previously unpublished articles written by expert contributors from diverse disciplines. Volume one covers Asia and Africa, volume two covers the Eastern Mediterranean and Europe, and volume three covers Australia and the Americas. Goddesses from cultures often overlooked in texts on religion, such as those of the Australian Aborigines, Korea, Nepal, and the Caribbean, are included here. In addition, the work offers new translations of ancient texts, introduces little-known folklore, and suggests new approaches to contemporary religious practices.

• Many original translations of prayers, sagas, and other sources not otherwise readily available in English

The story of Cinderella is one of the most popular in the world. In...