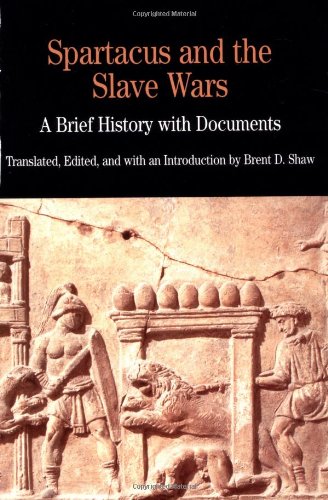 In this examination of the Roman institution of slavery, Brent Shaw presents a compelling selection of the ancient testimony relating to Spartacus and the slave wars. In 73 B.C., in the heart of Rome’s Mediterranean empire, a slave named Spartacus ignited one of the most violent episodes of slave resistance in the history of the Roman Empire — indeed in the world annals of slavery. Organizing 80 original Greek and Latin source translations into topical chapters on the daily life of slaves trained as gladiators and those who labored on farms in Italy and Sicily, Shaw includes accounts of revolts that preceded and anticipated that of Spartacus. In a carefully crafted introductory essay, Shaw places Spartacus in the broader context of first and second century B.C. Roman Italy and Sicily and explains why his story continues to be a popular symbol of rebellion today. The volume also includes a glossary, chronology, selected bibliography, 3 maps, an annotated list of ancient writers, and questions for consideration.