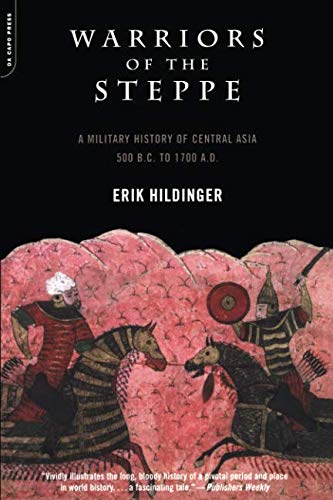 The nomadic peoples of central Asia—Huns, Bulgars, Magyars, Mongols—are still known to us for their legendary fighters Attila, Genghis Khan, and Timur Lenk (Tamerlane), as well as for their feats of calculated brutality. (Timur Lenk would leave piles of severed heads in his conquered cities; another tribe sent nine sacks of ears to their khan.) Less studied is the remarkable effectiveness of their battle techniques: For two thousand years, these horse-archer armies were an unstoppable force to sedentary peoples, be they Romans, Crusaders, Chinese, or medieval. Erik Hildinger introduces the most important of these raiders as well as a host of other tribes and examines in detail their tactics, strategies, and weaponry—a form of highly mobile and defensive warfare that even armies of today can learn from.