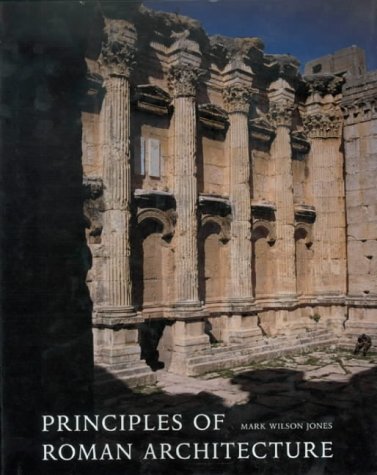 The architects of ancient Rome developed a vibrant and enduring tradition, inspiring those who followed in their profession even to the present day. This original book is the first to explore their approach to design. Mark Wilson Jones draws on both new archaeological discoveries and his own analyzes of the monuments to reveal how Roman architects went about the creative process.
Wilson Jones begins by outlining the state of knowledge regarding Roman architects, Vitruvius in particular, as well as the dynamics of design as illuminated by surviving architectural drawings and models. Then, in a series of thematic chapters dedicated to the plan, the elevation, and the principal distributive element of Roman buildings, the Corinthian column, he focuses on underlying patterns of design that transcend function and typology. The success of Roman architecture is shown to rest on a robust yet subtle synthesis of theory, beauty, content, and practicality. At the same time, it maintains a vital equilibrium between the apparently conflicting goals of rule and variety. The next part of the book focuses on two singularly enigmatic monuments, Trajan’s Column and the Pantheon, to illustrate how architects might bend principles to circumstance. The author resolves long-standing controversies over their conception, showing how both structures came to be modified after work on the site had begun. Even the Romans’ mighty building machine had to come to terms with the gap between ideals and the physical realities of construction.