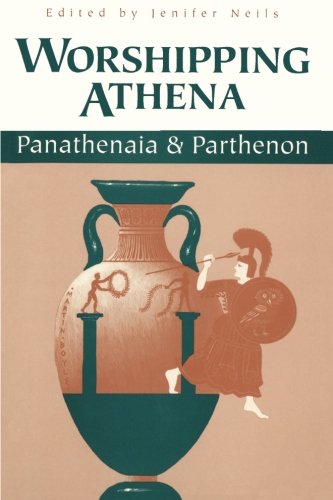 The foremost religious festival of ancient Athens—the city dedicated to Athena, goddess of war, fertility, arts, and wisdom—was the Panathenaia. Challenging old assumptions and refuting new theories, Worshipping Athena addresses the many problems of interpretation and understanding that have swirled for years around the Panathenaia. Among the issues discussed is the recent sensational controversy over the Parthenon frieze, perhaps the best known but least understood work of Greek art. For centuries the frieze has been thought to represent the Panathenaia procession, but recently the argument has been advanced that it depicts the sacrifice of the daughters of the Athenian king Erechtheus. Worshipping Athena offers compelling evidence that the frieze does indeed depict the festal procession and also demonstrates that scenes of contemporary ritual were not unique to the Parthenon.
Editor Jenifer Neils and the contributors—eminent classicists, archaeologists, and art historians—explore the role of the Panathenaia in Athenian life and compare it with similar festivals held throughout the ancient Greek world. They discuss such topics as the Panathenaia’s mythical origins, the phenomenon of the festival’s valuable prizes (oil-filled amphoras, rather than the customary laurel wreath), and the architecture, sculpture, and painting related to the festival.
Worshipping Athena will provide valuable insights to scholars and students concerned with ancient religion, mythology, art, literature, and gender issues, as well as anyone with a keen interest in the ritual topography of the Athenian Acropolis and the iconography of the Parthenon frieze.