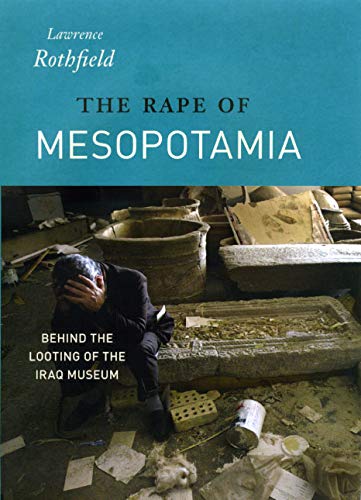 On April 10, 2003, as the world watched a statue of Saddam Hussein come crashing down in the heart of Baghdad, a mob of looters attacked the Iraq National Museum. Despite the presence of an American tank unit, the pillaging went unchecked, and more than 15,000 artifacts—some of the oldest evidence of human culture—disappeared into the shadowy worldwide market in illicit antiquities. In the five years since that day, the losses have only mounted, with gangs digging up roughly half a million artifacts that had previously been unexcavated; the loss to our shared human heritage is incalculable.

With The Rape of Mesopotamia, Lawrence Rothfield answers the complicated question of how this wholesale thievery was allowed to occur. Drawing on extensive interviews with soldiers, bureaucrats, war planners, archaeologists, and collectors, Rothfield reconstructs the planning failures—originating at the highest levels of the U.S. government—that led to the invading forces’ utter indifference to the protection of Iraq’s cultural heritage from looters. Widespread incompetence and miscommunication on the part of the Pentagon, unchecked by the disappointingly weak advocacy efforts of worldwide preservation advocates, enabled a tragedy that continues even today, despite widespread public outrage.

Bringing his story up to the present, Rothfield argues forcefully that the international community has yet to learn the lessons of Iraq—and that what happened there is liable to be repeated in future conflicts. A powerful, infuriating chronicle of the disastrous conjunction of military adventure and cultural destruction, The Rape of Mesopotamia is essential reading for all concerned with the future of our past.